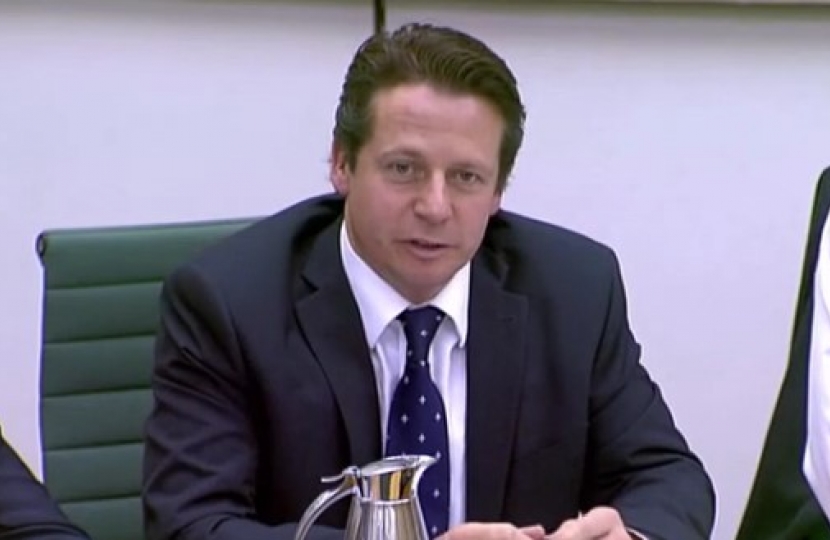 At a meeting of the Culture, Media and Sport Select Committee yesterday, Nigel Huddleston shared his and his constituents’ frustrations about BT with its Chief Executive, Gavin Patterson.

Mr Huddleston told the telecoms chief that he, like many other MPs, gets lots of calls into his office about BT and Openreach and that it was the ‘number one issue’ he spends his time working on. He said,

“Why should I, my team, the tax payer be doing your job for you in terms of chasing customer service failures – why aren’t you doing it? The problems should be resolved by the consumer reaching out to you directly rather than us as MPs having to get involved. Wouldn’t you like to do more?”

Having asked Mr Patterson about the company’s and his own finances, Nigel said,

“You have £17.8 billion in revenue and £2 billion of profit – doesn’t that smack of a monopolistic position or failed regulation? Given the profits you are making, yet the customer service standards you are exhibiting, wouldn’t you like to be the CEO who not just makes profits, but actually be the person who turns the brand name of BT and Openreach around?

I’m a right wing, pro-business, pro-free markets Tory and even I have a problem with that given the standard of customer service and the calls coming into my office. Do you understand that my constituents have a hard time understanding this given your level of service?”

In questioning from the Mid Worcestershire MP, Mr Patterson confirmed his wage last year was £946,000, with an additional £1.3 million bonus.