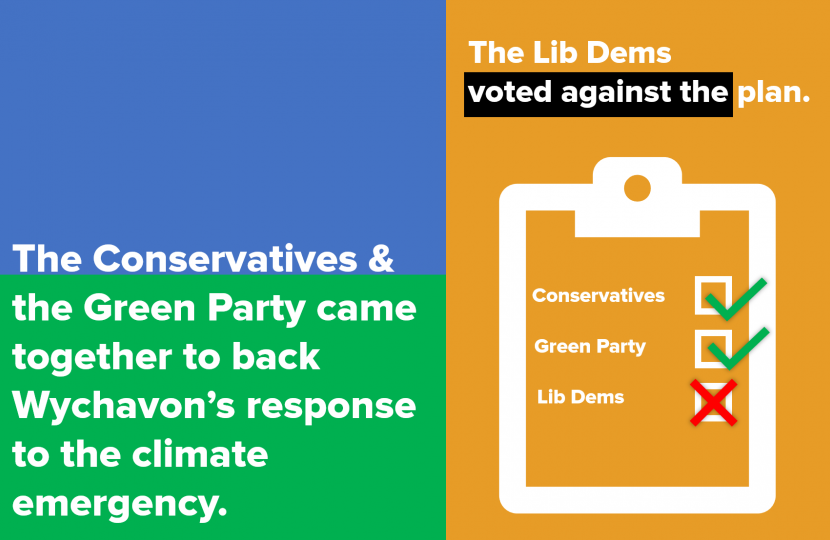 Wychavon’s Intelligently Green Plan was approved by all Conservative councillors. The Green Party also joined the Conservatives in voting for this plan which acknowledges the need for greater environmental sustainability. The Liberal Democrats voted against the plan.

Building upon the original plan (2012-2020), this ambitious document will capitalise on the green growth opportunities before us as we emerge from COVID-19.

Leader of Wychavon District Council, Cllr Bradley Thomas, said: "It was refreshing to see some pragmatic cross-party consensus last night at Wychavon in adopting our Intelligently Green Plan - the council’s response to the climate crisis. Sadly some opposition councillors voted against green growth and against reducing emissions."

Today we have published our Covid-19 UK Vaccines Delivery Plan, setting out how we plan to deliver the biggest vaccination programme in British history, to protect all those who need it most as quickly as possible.