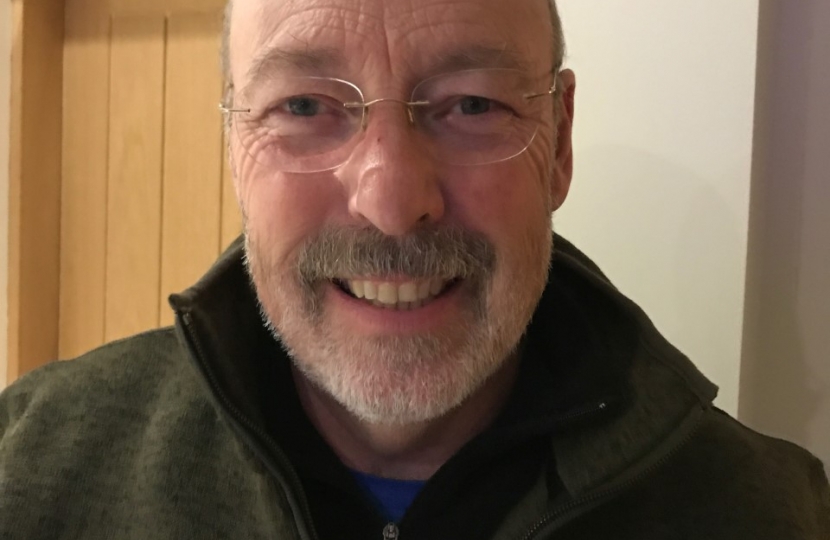 A dedicated and long-serving County Councillor is hoping residents place their faith in him once again as he seeks re-election to Worcestershire County Council in May’s local elections.

He has now been re-selected by Conservative Party members to stand as the Party’s candidate in Ombersley in the local elections taking place on Thursday, May 6th.

During his time on the County Council, Cllr Miller has served on various committees including the Police and Crime Commission Panel and the Fire Authority, as well as having the privilege of becoming Chairman to the Council in 2016. He is currently serving as Cabinet Member with Responsibility for the Environment.

Before his retirement in 2011, Cllr Miller was employed in the electronics industry, the last 15 years as an audio forensics engineer.

Since then, he has been able to devote all his time to working as a County Councillor, involving himself in the day-to-day problems connected to the business of Parish Councils in his division.

Cllr Miller said: “My aim has always been and always will be to act as a conduit between the local parish councils, residents, and Worcestershire County Council. I have always aimed to represent the views of the parishes and community accurately and impartially and to follow through matters that affect them. I have never promised that which I cannot deliver but have always delivered that which I have promised.

“I also have great sympathy with our farming community in these present times and, as a lead member of the Rivers, Flood & Coastal Committee (RFCC) which is working with DEFRA and the NFU, spend much time engaging with our landowners on flood alleviation and defense.

“My wife Katharine has been a great support to me during the years that I have served on the council. We have two sons and five grandchildren and sadly like many others we have missed spending time with them all recently. Otto, our dog, that we acquired 18 months ago is an absolute delight, and I am often seen walking through the parish with him. I am recognized and known as the ‘Councillor with the dog’!”