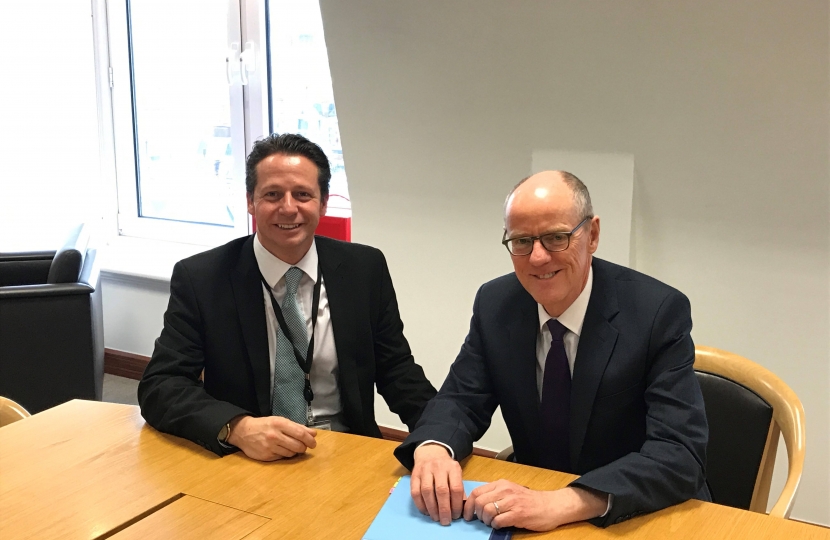 Schools around the country that are similar in terms of size and catchment area demographics can get very different budgets and children with similar needs can receive very different levels of financial help depending on where they go to school. Under current arrangements, funding per pupil in Worcestershire schools is amongst the ten lowest in the country.  On average, Worcestershire schools receive £4,200 per pupil per year, versus £5,200 in nearby Birmingham.  The ten best funded areas receive £6,200 per pupil.

It was a Conservative Party manifesto commitment to bring in a new funding formula for schools that will be consistently applied across England.  The new funding formula was meant to be implemented in 2017/18 but was delayed by a year by the new Education Secretary, Justine Greening MP, when she became Education Secretary in July in order to conduct a wider consultation.

Nigel Huddleston requested the meeting to ask for reassurance that the Government’s plans to introduce the funding changes were still on target.

“I had a very productive meeting with the Education Minister who was able to reassure me of the Government’s absolute commitment to a new funding formula.  The national funding formula will mean that, for the first time, every pupil will attract funding at their school determined by their individual circumstances regardless of where they are in the country or historical spending decisions.

The Minister confirmed that the new system will begin to apply from 2018/19 with a total education budget of a record £40 billion and that the changes would be phased in over a period of years.  Inevitably, with a limited national education budget some schools will lose and some will gain under the new formula, so the changes will be controversial; but I believe it will be fairer and more consistent across the country and will on average benefit Worcestershire schools which have been relatively poorly funded for way too long.

The Minister told me that further details on the proposals will be released very soon and I hope this will help local schools with their financial planning for the next few years.”