Nigel to hold a debate about puppy smuggling 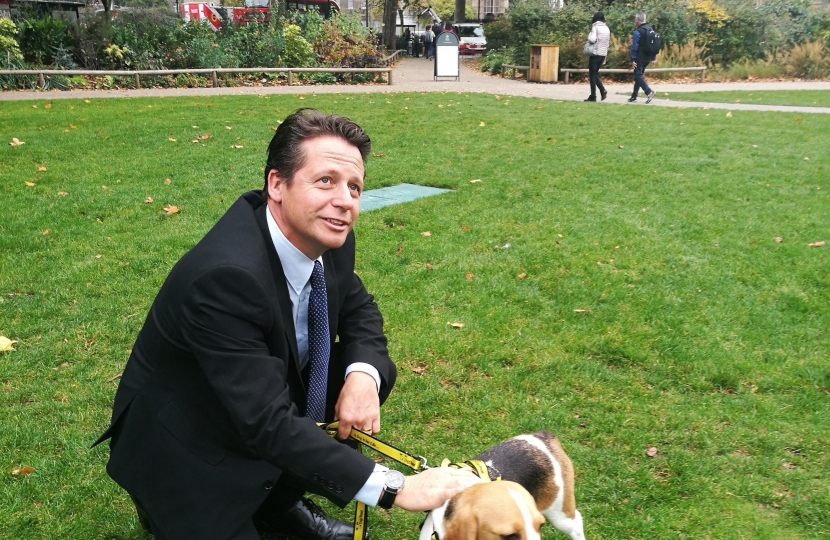 Nigel Huddleston MP has called a parliamentary debate on puppy smuggling. It is due to take place on Tuesday, 2nd April. The Mid Worcestershire MP held a debate on this issue in Parliament in 2017 and has long been an active campaigner in Westminster on issues relating to animal welfare.

The Dogs Trust has been investigating this problem since 2014 with its reports revealing shocking evidence of the Pet Travel Scheme (PETS) being exploited by illegal puppy importers. Their latest report, ‘When will this Cruel Trade End?’ supplies further evidence of how this cruel trade is continuing to grow.

“I was encouraged by the Minister’s response when I last held debate on the issue in 2017 but evidence from the latest report from the Dogs Trust shows that further action is needed as the number of puppies being smuggled illegally into the UK is continuing to rise. When the UK leaves the EU, we have an opportunity to change legislation and enforce stricter measures for puppy smugglers and I hope that the Department for Environment, Food and Rural Affairs is giving this due consideration. But there is some action we can take while we are still members of the EU, for instance by increasing our presence at the border and strengthening enforcement and I hope to explore these further in the debate.”