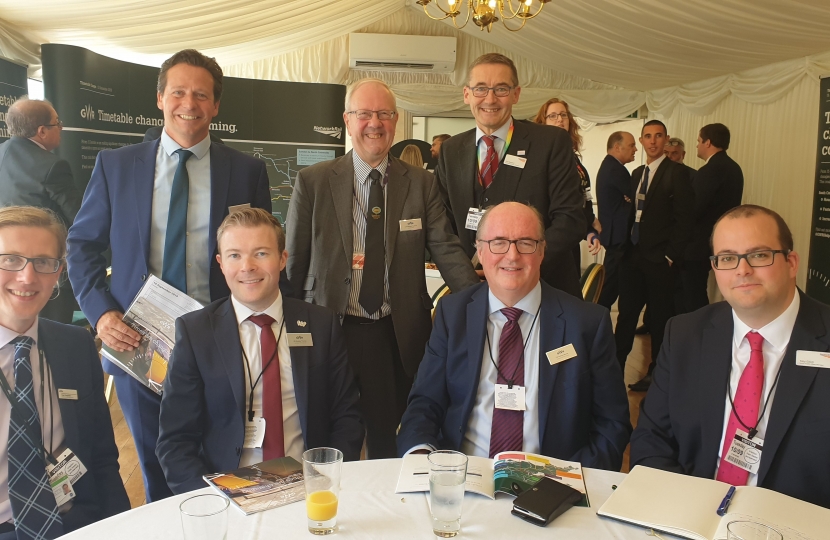 New train timetables are about to be brought in which will include a minimum hourly train services between London and Worcestershire via the Cotswolds with more services during peak times.  Improvements in speed and frequency of services on the GWR network will coincide with the opening of the Worcestershire Parkway station towards the end of this year.  GWR assured Nigel and the Wychavon Councillors that they have a long term vision for services to and within Worcestershire, recognising it as one of the fastest growing counties in the country.  Multi million pound improvements to parking at Honeybourne and Pershore stations are being planned and local stations have also had extensions to their platforms enabling longer trains in recent months.

In the National Rail Passenger Survey from Train Focus, GWR passengers said they experienced better levels of cleanliness, less overcrowding, more luggage space and comfier seats in 2019 when compared to levels in 2018 – their best figures to date. They’re hopeful the new timetable and frequent trains will further enhance customer satisfaction next year.

“I was pleased to meet with GWR and Network Rail and discuss planned improvements to services for Worcestershire.  I know how important it is for my constituents that transport links are efficient and reliable and so I am encouraged to see progress in a number of areas including frequency of trains and parking provision at stations.  Together with the opening of the Worcestershire Parkway station later this year this will mean a step change in rail transport provision for my constituents.”