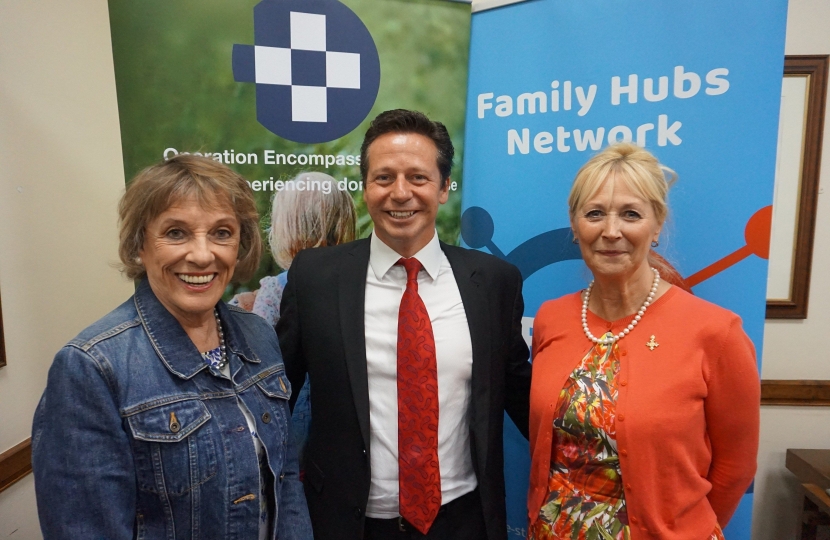 Elisabeth, headteacher of a Cornish infant school, and David, former police sergeant, suggested sharing police reports of domestic abuse incidents where children had been present, with key adults at their schools. This simple initiative involves the police phoning the school before the children arrive, giving the school time to prepare and offer support to the child in question.

The scheme has already been rolled out in a number of cities across the UK, earning praise from education and police chiefs as well as domestic abuse and children’s charities. Dame Esther Rantzen (creator of Childline)  and Dame Vera Baird QC, Police and Crime Commissioner for Northumbria, have become passionate advocates and have championed the initiative. Now David and Elisabeth would like to see this initiative rolled out even further across England and Wales. Domestic abuse can be so confusing and emotional for a child and Operation Encompass mitigates this with immediate support for affected children.

The Home Office have awarded the charity £163,000 to help this roll-out and to fund an investigation into the effectiveness of the supportive interventions already in place for children.

Victoria Atkins MP, the Minister for Crime, Safeguarding and Vulnerability said: "It is heart-breaking to think that a child’s education is suffering through no fault of their own. By police and schools having this system in place we can ensure these youngsters have the immediate support they need."

Mr Huddleston said: "It was a pleasure to discuss this with Dame Esther, David and Elisabeth and I feel strongly that we should see Operation Encompass here in my  constituency. Domestic abuse and the harm it causes children is a priority for this Government and I believe all children should have access to the support they need and deserve."