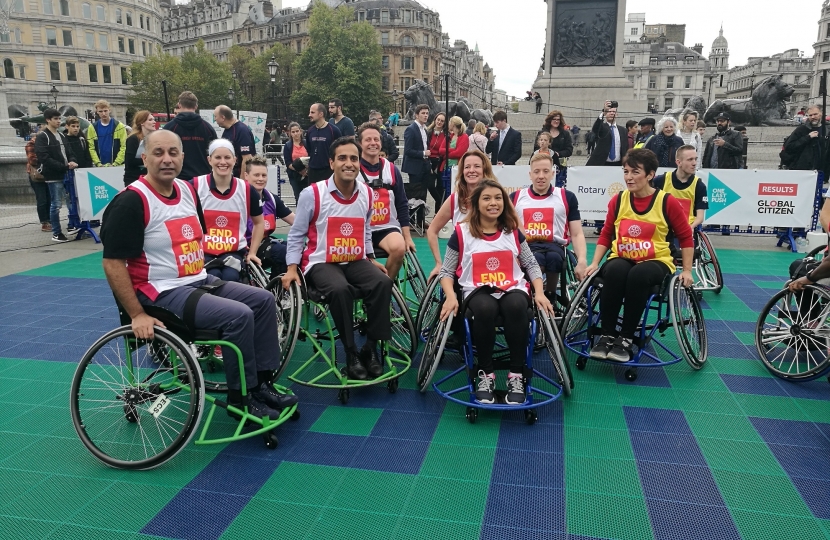 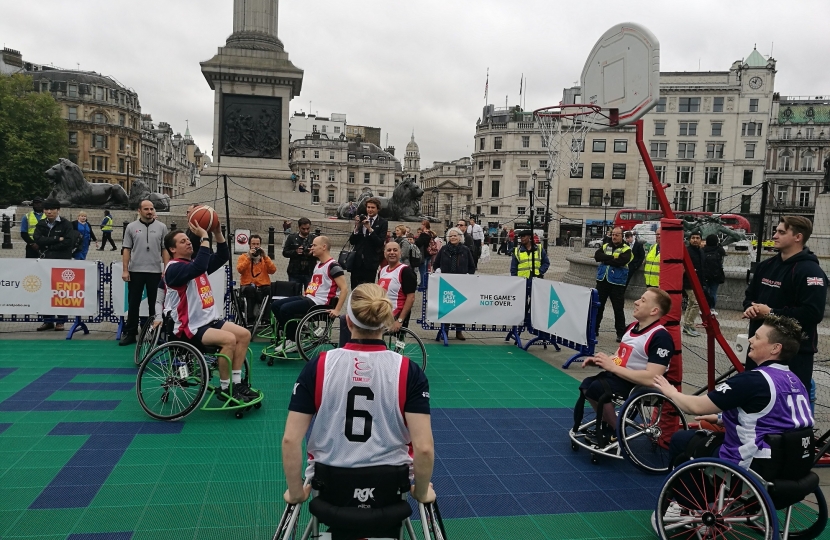 MPs from across the political spectrum, including Mid Worcestershire MP Nigel Huddleston, joined the One Last Push campaign and Rotary International in Trafalgar Square on Tuesday for a charity wheelchair basketball match involving Team GB stars and in aid of World Polio Day. The match was the idea of Paralympian Ade Adepitan, who contracted polio as a child. It brought politicians, polio survivors and athletes together to promote the message that every child should be immunised from polio for good. The proposition of the match was ‘the game’s not over’ and it also acted as a celebration of UK Aid’s recent pledge to immunise 45 million children a year from polio until 2020.

Polio could be the second disease wiped out in human history (after smallpox) and with only 37 reported cases in 2016, the goal of eradicating this debilitating disease is now within touching distance. To help this effort, people can sign up to the One Last Push campaign or donate to End Polio Now and have your contribution tripled by the Bill and Melinda Gates Foundation.

After the match, Nigel Huddleston MP said, “I thoroughly enjoyed that competitive and good-natured game of wheelchair basketball, despite the fact the Great Britain players put me and my fellow MPs to shame. This event was a fantastic idea on the part of Ade Adepitan and has used sport and fun to successfully promote a very serious message about a disease that many people in the UK do not know a lot about.

The fight against polio is one that we are winning as a global community, with just 11 new cases so far this year, but it will not be a fight that we have won until the figure for new cases permanently hits zero. I would strongly encourage my constituents and people across the UK to support the One Last Push campaign in the great work that it is doing towards this goal.

I was delighted to play my part in promoting this message, but might be cautious of taking to the court with such skilled athletes again!”