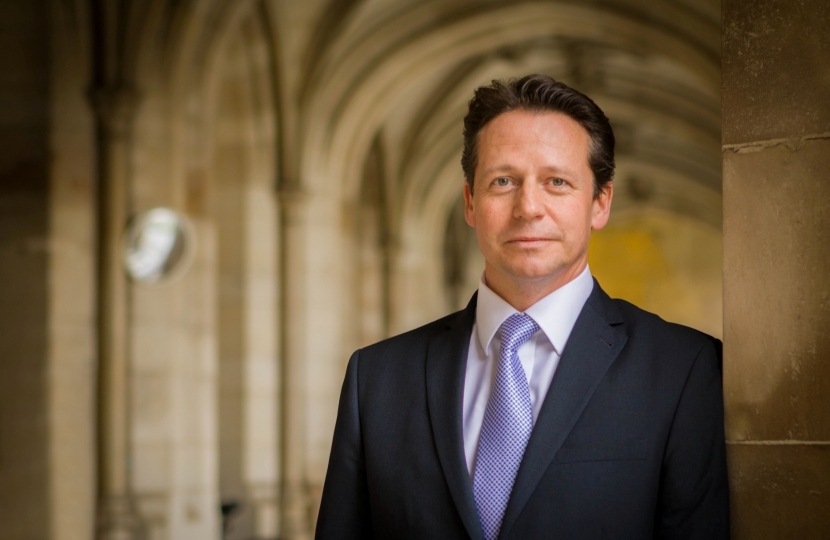 MP for Mid Worcestershire Nigel Huddleston has welcomed announcements made by Government ministers at the annual Conservative Party Conference in Manchester, in which additional funding was committed to tackle crime, end low pay and improve local transport services.

The focus of the conference was on getting Brexit done and Mr Huddleston said this sentiment resonates with the vast majority of his constituents.  In his conference speech the Prime Minister said: “I am afraid that after three and a half year’s people are beginning to feel that they are being taken for fools … They are beginning to suspect that there are forces in this country that simply don’t want Brexit delivered at all … Let’s get Brexit done.”

Following the three-day conference, Mr Huddleston welcomed the news that the Government will invest an additional £20 million in tackling county lines drugs gangs. The Worcestershire MP has raised the issue in the House of Commons on several occasions, most recently to the Attorney General, and has said he will hold discussions with ministers to ensure West Mercia Police receives its share of the extra funding to support them in their efforts to tackle the issue.

Mr Huddleston also supported the Chancellor’s commitment to ending low pay by raising the National Living Wage to £10.50 by 2024, which is set to benefit over 4 million workers by giving an annual pay rise of over £4,000 to the average full-time worker. He also welcomed the fact the National Living Wage age threshold will be lowered to cover everybody over the age of 21.

Other funding announcements included £5 billion for gigabit broadband, £220 million over the next year to transform bus services in communities across England, supported by a new National Bus Strategy, as well as £500 million for youth centres and services for young people – ensuring they have safe and well-resourced places to go outside of school.

Mr Huddleston said of the announcements: “As a Government Whip I need to be in Westminster when Parliament is sitting so I was unable to attend conference. However, I was pleased to hear the constant stream of positive announcements. As a former Vice Chairman of the Conservative Party with a responsibility for young people, I was particularly pleased to hear about the high level of investment that is going towards supporting our young people – whether that is through new youth centres or lowering the age for workers to receive the living wage.

I was also pleased to see so many measures focused on the issues I hear about from constituents of all ages such as internet connectivity, hospitals, housing, the environment and animal welfare.”

He added: “I will be meeting with ministers in the coming days and weeks to make sure Worcestershire gets its share of additional funding, especially for local transport services which I know is a top priority for my constituents.”

Your questions answered by Matt Hancock, Secretary of State for Health and Social Care