On Thursday, May 6th, voters will head to the polls to elect Councillors to Worcestershire County Council.

Mid Worcestershire Conservatives are standing candidates in all of the divisions which sit within the Mid Worcestershire Constituency. We have 11 candidates who are seeking election and will be working hard to earn your vote. Although traditional campaigning has rightly been paused due to Government restrictions, our candidates are on social media so they can still answer your questions and are on hand to help you.

Peter has lived and worked in Evesham since 1976. He is a Quantity Surveyor and still runs his business from offices on Evesham’s High Street. Peter is a former Chairman of Evesham Round Table and is involved with other charitable organisations in the town. Peter has represented Evesham North on Wychavon District Council since 2019.

Peter said: “I live here, I work here and experience and understand all of the local issues.

“I was elected as District Councillor to represent the Evesham North Ward in May 2019 and my experience as a Councillor to date has highlighted to me the need to actually deliver a wide range of key improvements in services to our local communities. I am an active councillor and believe in openness, fairness and accessibility.”

“I’ve proudly represented Bengeworth on Wychavon District Council for 18 years and I will continue to do so, but I also feel I have more to give by being Evesham South’s voice at County Hall.

“Living in the Division myself, I am deeply committed to Evesham and I would welcome an opportunity to represent you on the County Council.

“My simple pledge to all in Evesham South is I will let you know when I know, communication is key – we are all resilient enough if we know what’s coming!"

Laura has lived just outside Inkberrow for the past 15 years and lives in the Harvington division. A former journalist who later moved into PR, Laura is now an assistant horse trainer and is a secretary to her family’s local business, Tom Gretton Racing. Her daughter attends the local primary school where Laura is on the school’s governing body. Through her family and business, Laura has a strong local connection to the area in which she lives and with local residents.

Laura said: “For the residents of Harvington division, I know Highways matters are a top priority. That is, the condition of roads and pavements, and in particular, speeding. Speeding has come up on the agenda of Parish Councils across the division on a regular basis, and Highways matters affect residents every day. It clearly is a difficult thing to improve. However, if elected, I will press Highways to make sure the division received its fair share of investment in improving infrastructure, and for innovative schemes to tackle speeding problems. I have the time and business background to work with Highways, residents, and Parish Councils to ensure officers think about different ideas.”

Marc is an experienced and accomplished community champion and local political leader with a strong track record of working across the public, private and community sectors.

First elected to public office in 2002, Marc has served at all levels of local government as a parish, district and county councillor.  Over the last 19 years he has chaired overview and scrutiny boards, served on regulatory committees, been a cabinet member on two authorities, as well as deputy leader and leader of a district council. He is currently Leader of Worcester City Council.

Outside of politics, Marc has served as a school governor for more than 15 years, chaired two school governing bodies and been a trustee of various charities and community organisations.  By profession, he is a labour market economist, and has worked for various government agencies as well as running his own successful research consultancy business since 2004.

Marc is delighted to have been selected as the Conservative candidate for Bowbrook division and is keen to get out and engage with residents as part of the election as soon as the Covid-19 situation permits it.

Richard is an experienced Councillor across Town, Wychavon and County Councils, a previous Mayor of Droitwich and Chairman of Wychavon. He has lived in the Droitwich West ward, at the top end of Chawson, and attended both Westacre and Droitwich High School. Richard has a passion for Droitwich and its heritage as well as a drive to support the area and the social issues that exist in some areas.

Richard said: "After volunteering through the pandemic, I recognise the wonderful community that we have in Droitwich and will do my utmost to build on this to bring improvements to people’s livelihoods. I am committed to fulfil work I’ve commenced on:

Bob came to live in Droitwich Spa nearly 40 years ago, with his wife, Veronica, and their three children. He is an electronics engineer, and at that time provided technical support to Worcestershire schools when computers were just being introduced. Bob went on to help develop a new generation of electric wheelchair controls that improved the quality of life for many people world-wide. He also ran an electronics manufacturing business and then worked for another local business developing critical components for data-centre cooling, providing local employment.

Bob became a Town and District councillor for Droitwich East in 2011, being elected Town Mayor in 2014. For many years he has been the Chairman of the Henry Coventry Alms Houses Charity (located in The Holloway) which has been providing accommodation for people in Droitwich since 1688. Bob is a regular blood donor having given over 60 units of blood whilst living in Droitwich. He also feels very privileged to have been elected Chairman of Worcestershire County Council in 2020, chairing the first ever Zoom meetings of the full Council.

Bob said: “I am very passionate about Droitwich and its people. It's an amazing place with its natural 200million-year-old pure salt deposits and history of salt production going back to the Iron Age and Roman times. Salt production ceased in the 1920's and I decided it was time the town regained it's heritage. I was very pleased to be able to get salt production re-started after a gap of nearly 100 years. Pure Droitwich salt is now sold in many hundreds of outlets around the UK.

"I have more recently been supporting and working with a group of local residents striving to open a new Brine Baths. Good progress has been made with a successful planning application, and the design of the very specialised plant room we will need to cope with our pure, super-saturated, brine. There is still much work to do and I would like to be re-elected to have the opportunity to finish this job.

"I don't neglect the routine issues for my fellow residents either. I am always available to help. I have been successful in improving our roads, pavements and introducing LED street lights. Although there is more work to be done, our roads are noticeably better than those in neighbouring counties.”

Tony has been a member of the County Council since 2010 and in that time he's served on various committees including the Police and Crime Commission Panel, the Fire Authority as well as having the privilege of becoming Chairman to the Council in 2016. Currently he is serving as Cabinet Member with Responsibility for the Environment.

Before his retirement in 2011, Tony was employed in the electronics industry, the last 15 years as an audio forensics engineer. Since then, he has been able to devote all his time to working as a County Councillor for Worcestershire together with involving himself in the day-to-day problems connected to the business of Parish councils in his division. For the past 28 years, Tony has also been a District Councillor on Wychavon District Council.

Tony said: "My aim has always been and always will be to act as a conduit between the local parish councils, residents, and Worcestershire County Council and I have always aimed to accurately and impartially represent the views of the parishes and community and to follow through matters that affect them. I have never promised that which I cannot deliver, but have always delivered that which I have promised.

"I also have great sympathy with our farming community in these present times and, as a lead member of the Rivers, Flood & Coastal Committee (RFCC) which is working with DEFRA and the NFU, spend much time engaging with our landowners on flood alleviation and defence.

"My wife Katharine has been a great support to me during the years that I have served on the council. We have two sons and five grandchildren and sadly like many others we have missed spending time with them all recently. Otto, our dog that we acquired 18 months ago is an absolute delight, and I am often seen walking through the parish with him. I am recognized and known as the "Councillor with the dog!"

Linda lives & farms at Windmill Hill in Stoulton with her family, dogs and horses. She is married to Maurice who is a parish Councillor at Stoulton.

She was first elected as the Conservative District Councillor for the Upton Snodsbury Ward in 2007. During this time Linda has been Leader of Wychavon District Council, Chairman of the District Council and Chair of Planning. Outside of politics Linda is a School Governor at Flyford Flavell Primary School.

Linda said: "I'm passionate about our area and its rural character. I enjoy helping people and getting things done for our communities." 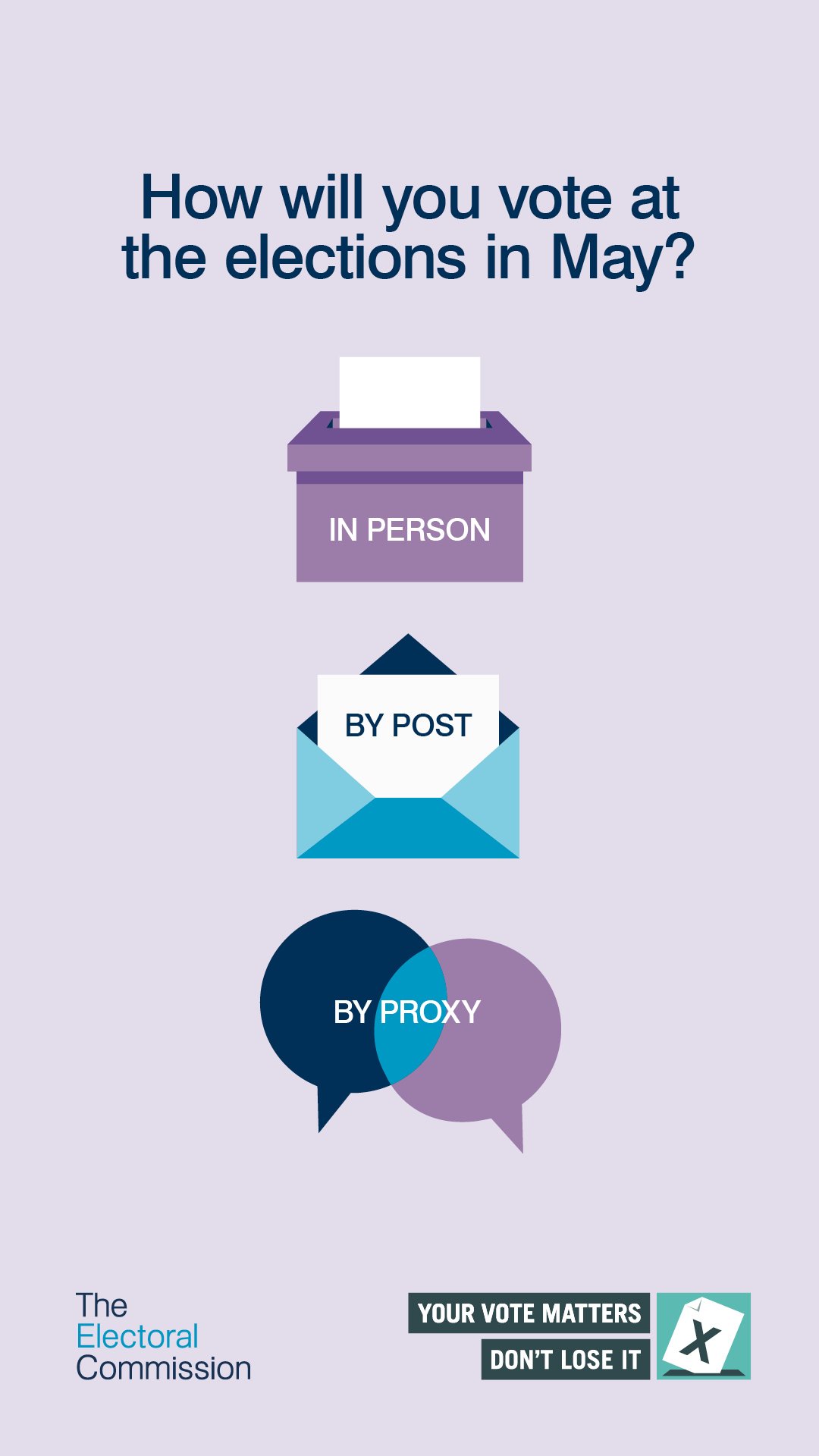 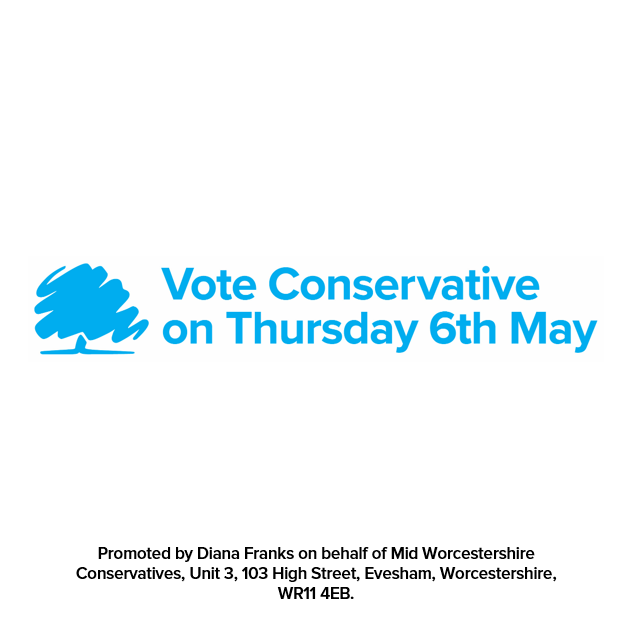