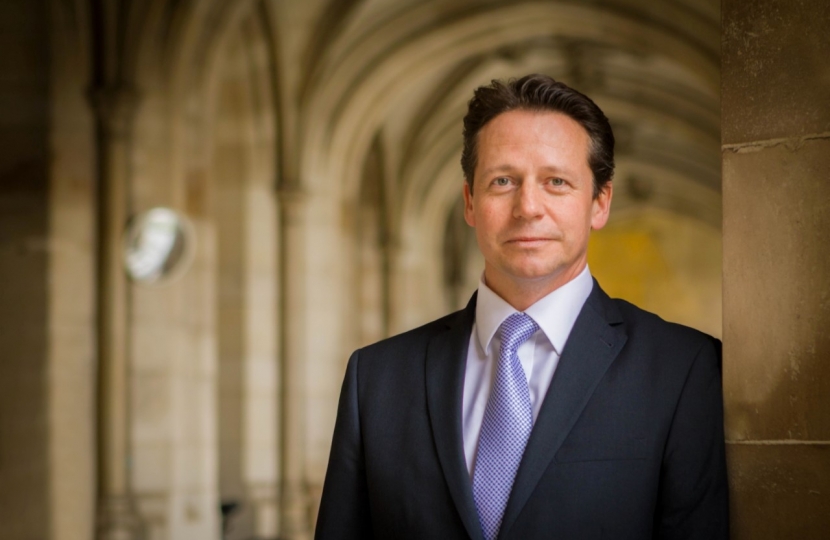 Mid Worcestershire MP Nigel Huddleston is delighted to have been appointed an Assistant Government Whip in Boris Johnson’s new government.

Nigel will work closely with the newly appointed Chief Whip, Mark Spencer, to secure government business in Parliament and gather support for Mr Johnson’s domestic agenda, as well as for his ongoing negotiations with the European Union.

Commenting, Nigel said: “Whips count and announce the results of votes in the Commons, but they are also responsible for ensuring the Government wins those votes, and with a small majority that’s an important job. They also ensure a two-way flow of communications between Ministers and MPs.”

“It’s true that being a Whip means fewer speaking opportunities in the House of Commons chamber, but, because Whips are at the centre of both government and Parliament, I can promise my constituents that I will be able to work just as hard and just as effectively for their interests as I have up to now. Their interests remain my number one priority.”

His appointment as a government whip follows his time as Vice Chairman of the Conservative Party, in which he held responsibility for the youth branch of the Party.

Nigel added: “It was fantastic to spend the past five months as the Vice Chairman of the Conservative Party with responsibility for young people, and I am proud that we saw our Party membership for under-25s double over the past year.”