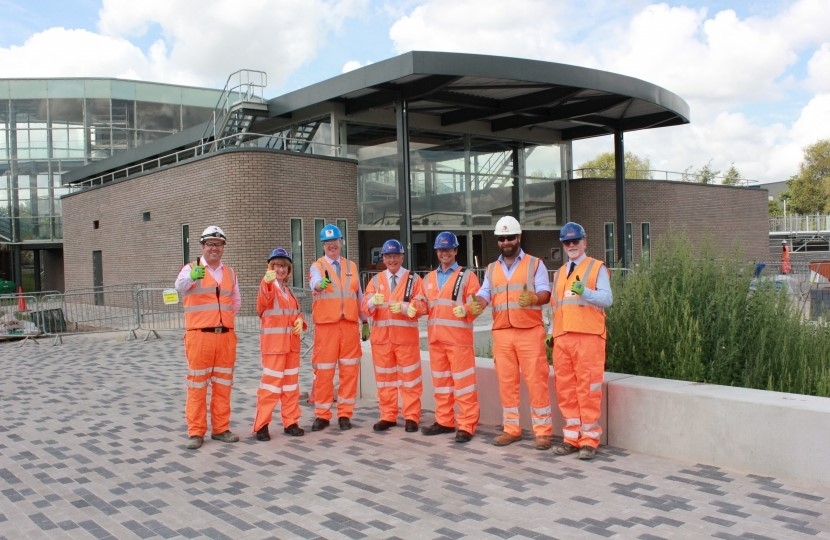 Mid Worcestershire MP Nigel Huddleston has welcomed the news that railway journey times between Worcester and London will be reduced by the end of the year.

Worcestershire Parkway will provide connections to Cardiff and Nottingham, with the potential of new services between Bristol and Birmingham.

Mr Huddleston recently met representatives of Great Western Railway (GWR) at the Houses of Parliament to discuss how constituents will greatly benefit from the new winter timetable.

Following GWR’s announcement of reduced journey times to under two hours between Worcester and London, Nigel said: “I am pleased that GWR is to introduce shorter journey times during peak times between Worcestershire and London, which will greatly benefit rail users throughout the county. Working alongside my Worcestershire colleagues, I am glad that our efforts have helped convinced GWR of the positive case for implementing quicker train services and shorter commuter times between London and our region.”

He added: “The opening of Worcestershire Parkway Station by the end of this year will continue to increase the frequency of trains and connect us to even more parts of the country.”

Thousands of Midlands restaurants join Eat Out to Help Out scheme

The Eat Out to Help Out scheme went live this week with more than 3,400 independent restaurants, cafes and pubs, and outlets from smaller chains in the West Midlands are participating.