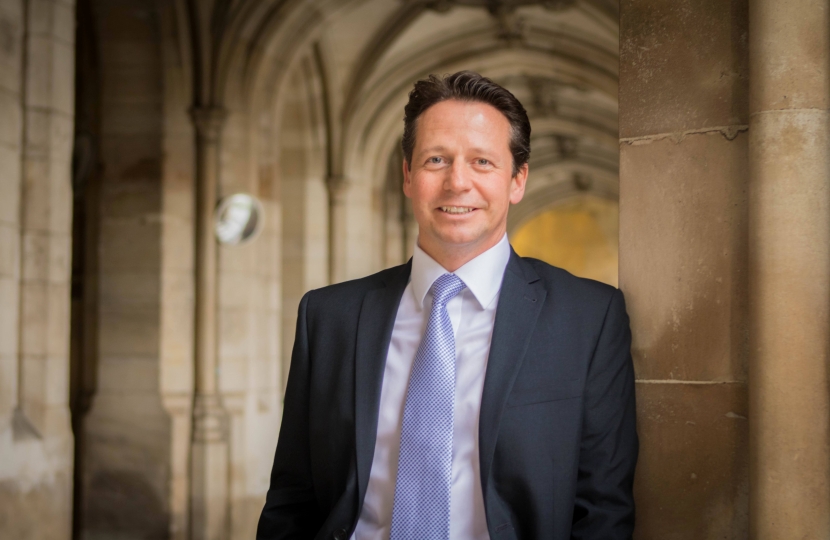 I am married to Melissa and we live in the constituency with our two children who attend local schools.

I was born and raised in Lincolnshire and attended the Robert Pattinson Comprehensive School in North Hykeham before going on to study Politics and Economics at Oxford University.  My Dad worked in the local factory for 40 years and my Mum did various jobs including working for a Chicken farmer and working on the tills at ASDA. My mum is now retired and still live in Lincolnshire along with much of the rest of my family.

With the love and support of my parents, I have always been encouraged to take every opportunity that came my way.

After University I lived and worked in London for a few years with Arthur Andersen as a management consultant before going on to study for a Masters in Business Administration at the Anderson School at UCLA.

I met my American wife, Melissa, at UCLA and after we had a transatlantic relationship for nearly two years we married in Lincoln, England in 1999.

We moved back to Los Angeles and I worked as a management consultant for Andersen and then Deloitte – serving the entertainment and travel & tourism industry.

Upon the birth of our first child in 2006 we decided to move back to England and after living briefly in London we settled in Hertfordshire. We had our second child in 2008.

I stood as the Conservative candidate for Luton South in the 2010 election and became a St Albans District Concilllor in 2011. In the same year I changed jobs and went to work in the online travel sector as industry Head of Travel at Google where I was responsible for client relationships as well as product development.

I was elected by MP colleagues onto the Culture, Media and Sport select committee.

In July 2019 following the election of Boris Johnson as leader of the Conservative Party and therefore Prime Minister I was invited to join the new Government as an Assistant Government Whip.

In February 2020, Nigel was appointed a minister in the Department of Digital, Culture, Media and Sport.